Authentication is the process of determining whether a document is from the person or organization it claims to be from and/or is correctly signed by them. The basic ideas are summarized by Adobe as follows (with Digital Rights Management systems the issue of authentication can largely be ignored, as the source and distribution of secured files is centrally managed and controlled):

The screenshot below provides an example of the use of Digital Signatures with the Adobe software - the provision of such information regarding signatures is not implemented in all PDF readers, so for such files use of Adobe's reader is recommended. Also notice that the first signature shown here is recorded as being by DocuSign, i.e. via a third party document signing service. 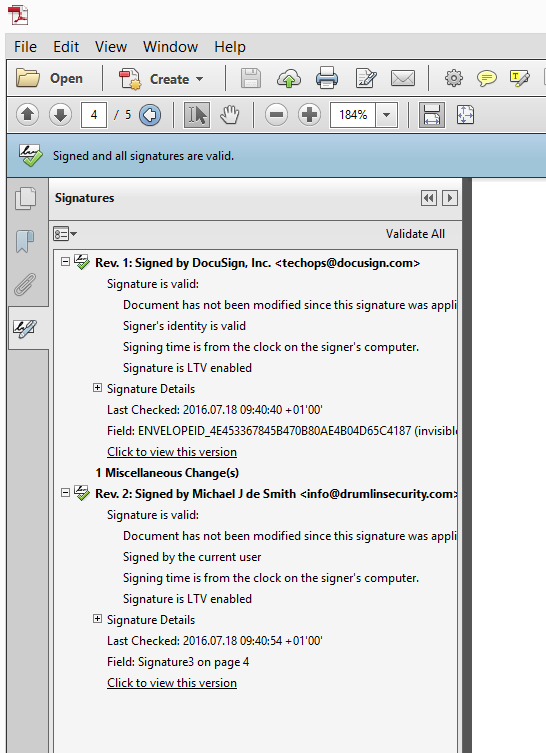 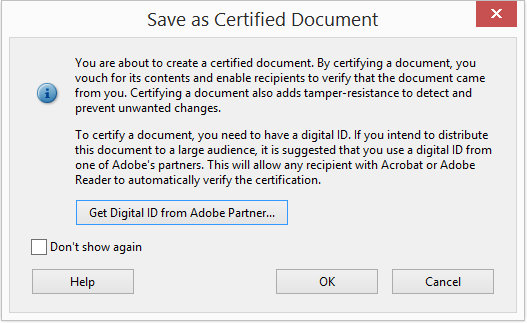