PDF and other files converted to Webdoxx viewer formats can include a range of markup elements that will be converted and saved in an associated "annotations" file, including for PDF files: Text, Link, Line, Square, Circle, Polygon, PolyLine, Highlight, Underline, Squiggly, StrikeOut, Stamp, Caret, Sound, Movie, and Watermark.

Currently there is no built-in highlighting/annotation facility for the Webdoxx PDF viewer, but widely used web-page annotation services can be used for simple highlighting and notes. Examples include Weava and Hypothesis, both of which are available as add-ins for Chrome and Chrome-based browsers via the Chrome webstore (including recent versions of Microsoft Edge). These services provide storage on in-network services to enable annotations to be accessed from multiple locations/browsers and optionally shared amongst multiple users (e.g. for group reviews/comments).

In the markup example shown below, the highlighting was created using Weava, and it is interesting to note the variation in markup that reflect the structure of the underlying PDF file after conversion to HTML5 - in the first section (yellow highlight) a continuous highlight is shown, whereas in the second the selected region (highlighted in pink) appears broken. Exactly the same result occurs if the source PDF is highlighted in the same way. 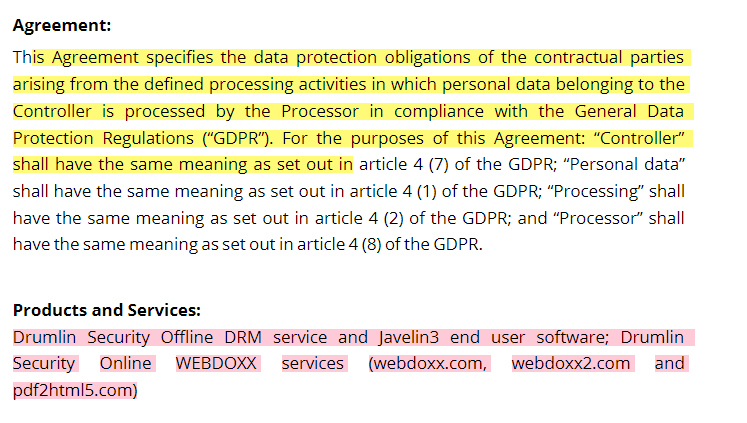